I was hiking along rocks near the water at Twin Falls, in Tennessee, when I spotted this Egret in the distance. Or, perhaps I should say – it spotted me!

These birds, like the Heron, are good fliers, but not so quick to become airborne. As such, they pay close attention to their surroundings, monitoring closely for any incursions within their space which might necessitate flight.

Not wanting to create a disturbance by walking too close, I turned to ascend a 50′ stairway leading away to the parking area. At the top, I saw that the Egret continued to assess my albeit diminished proximity. Even after walking a short distance, and then returning, I remained under the watchful eye of the Egret!

Note: these photographs were taken using a zoom lens, at a distance farther than it appears. 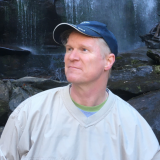 One reply on “Watchful Eye of The Egret”