Take advantage of these savings shopping online – on sale today:

This beautiful avenue of beech trees was planted by the Stuart family in the eighteenth century. Two centuries later, the trees remain a magnificent sight and have become one of the most photographed natural phenomena in Northern Ireland. Visit my gallery at Fine Art America to review a variety of available prints. Thanks for stopping by!

Enjoy this symmetrical wall clock featuring an abstract graphic design in a green and orange theme. You may customize the look by selecting both frame and hand color. It has a quartz clock mechanism (AA battery not included), with a built in hook at back for easy hanging. Stop by for a visit when you have some time…

Can you cite an example of a sentence which uses the word “and” five times in a row, consecutively?

Outside of Dublin, Ireland, there once was a pub known as the “Bear And Boar”. One morning after a powerful storm, the sign from the establishment had been broken and was scattered in shambles across the ground. The proprietor discovered the damage and set about to make repairs.

Later, a patron wandered by and was greeted by the owner. “Good day, Finnegan. How do you like our new sign?” Finnegan studied the sign for some time, and then responded as follows…

I like the sign, fine. However, if it had been up to me, I would have left more spacing on the sign between the words “Bear” and “And”, and “And” and “Boar”. 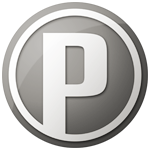